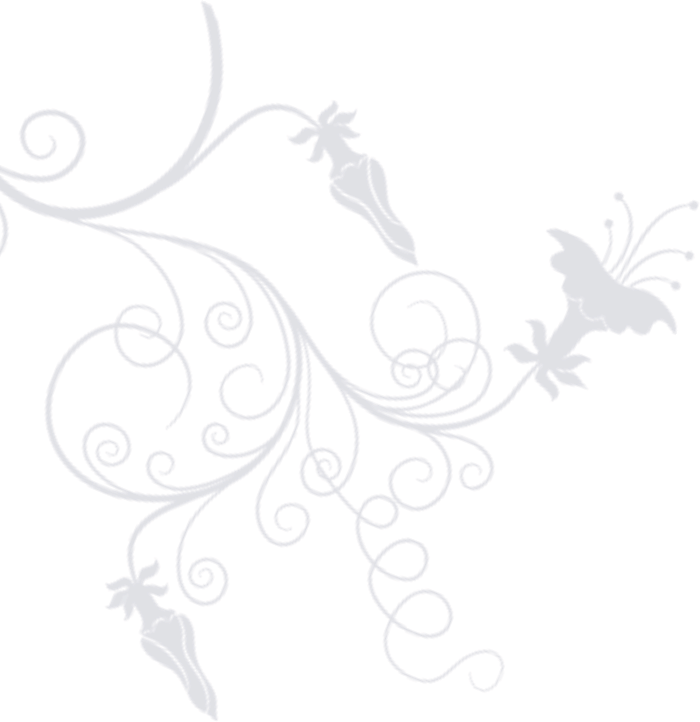 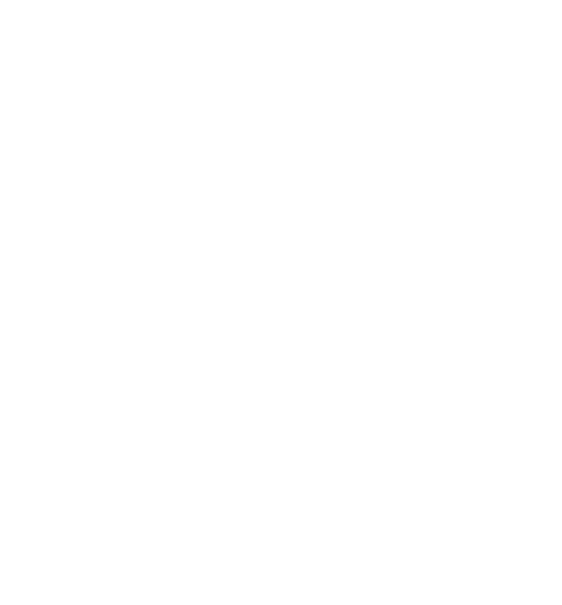 Coat of arms of England in the Hundred Years War

Now you're probably wondering, leopards? Since they are striding lions with their gaze turned towards the observer, in the language of heraldry they are "leopards". However, in general language the three heraldic animals are usually called "lions" (English Three Lions).

Presumably the coat of arms with the leopards is derived from William the Conqueror, who in his Norman homeland was called the "Bastard", who as Duke of Normandy had led two leopards on a red background.

King Edward III introduced the new four-part coat of arms of England when he proclaimed himself King of France in Ghent on 26 January 1340. It is intended to demonstrate his claim to the French crown and shows the golden lilies of France scattered over a blue field in the first and fourth quarters and the old English coat of arms in the second and third quarters. Here you can see the old and new version of Wikipedia:

The coat of arms of England, which Henry V has borne since 1399, underpins his claim to the French crown from his ancestors. The number of lilies was reduced to three in 1406 in order to adapt the representation to the modern French coat of arms.

How did the coats of arms look historically correct? 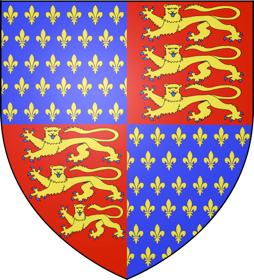 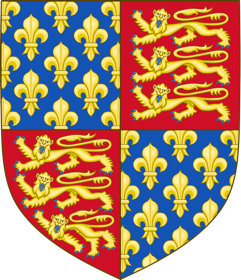 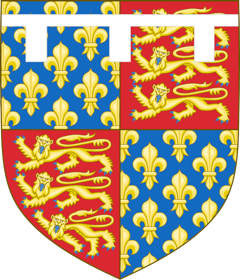 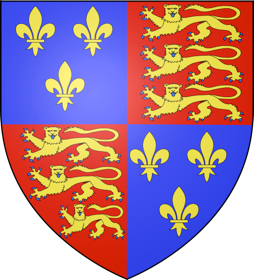 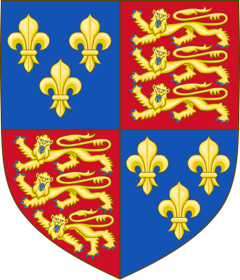 The coat of arms of King Edward III, was made with an embroidery machine and the old version of Wikipedia. Here you can see a small video and a photo.